Today we release version 1.6.4 of ZEBEDEE Infuse. This is a patch version release with new support for noobs-only servers, improvements to the sponsorship screens, and minor UI bugfixes. Details follow below.

One of the aims of ZEBEDEE Infuse is to make it trivial for all gamers to participate and get a chance to earn Bitcoin while playing CSGO. Matchmaking in CSGO (and any other FPS game for that matter) is a tough issue to solve -- how do you decide which gamers should battle against one another while maintain matches even and competitive?

Given the recent growth in the number of gamers playing in Infuse CSGO servers, new entrants to the Infuse community (and potentially also new to CSGO) are finding it hard to find competitors of the same skill-level. I mean, who would want to battle a level 99 when they first start their campaign as a level 1 character afterall?

With this in mind we have released the Noobs-only feature. This in effect introduces two new pieces of user functionality:

The Noobs-only feature will allow gamers that are new to CSGO or new to Infuse as a launcher and gaming platform to get familiar with how things work and improve their skillset. Whenever that gamer gets good enough that they are consistently dominating inside Noobs-only servers, they will likely have earned more satoshis than they have put into the matches, automatically removing the NOOB tag from their profile -- at this stage they won't be able to join any Noobs-only servers anymore. 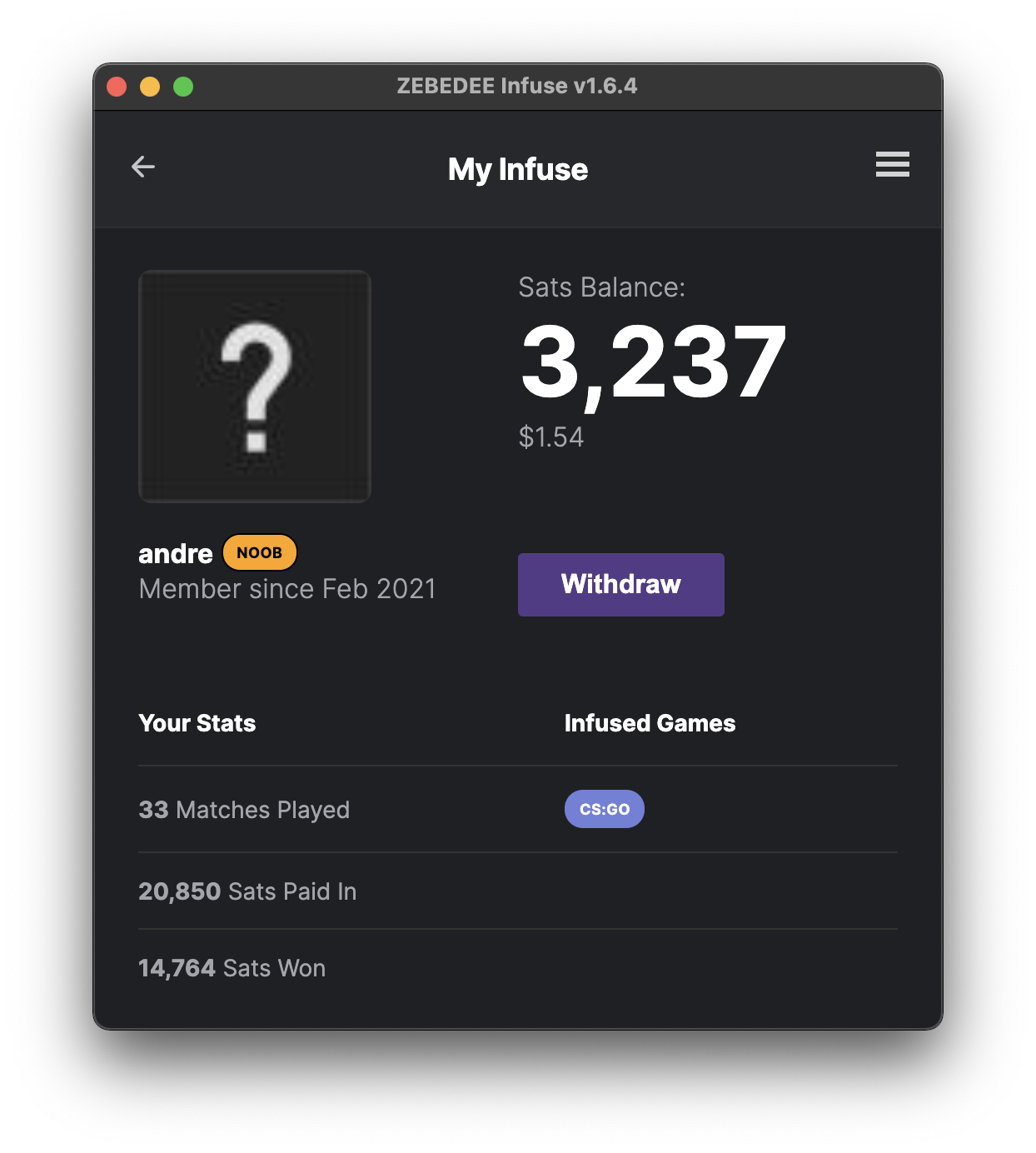