Today we release the latest version of Infuse v1.6. In this minor release we fixed a handful of bugfixes on business logic and user interfaces of the app. Details from this release follow below.

Version 1.6 of Infuse Desktop solves a long-standing issue when installing Infuse in Windows machines. At of v1.6 the app is fully code-signed by ZEBEDEE's private keys and verified by Microsoft. You may still see the SmartScreen alert popup when attempting to install Infuse on your Windows machine, but the more installations we get, the higher our app's reputation is to Microsoft, which will finally drop the SmartScreen alert popup.

Due to a regression bug on v1.5.0 of Infuse, a lot of servers were announcing [really high ping] to a lot of users, which made gamers uneasy to join servers as they thought they'd have a poor experience when playing on such high-lag environments. This was entirely a client-side issue, and has been resolved on v1.6.0. Find the server nearest to you and start playing! 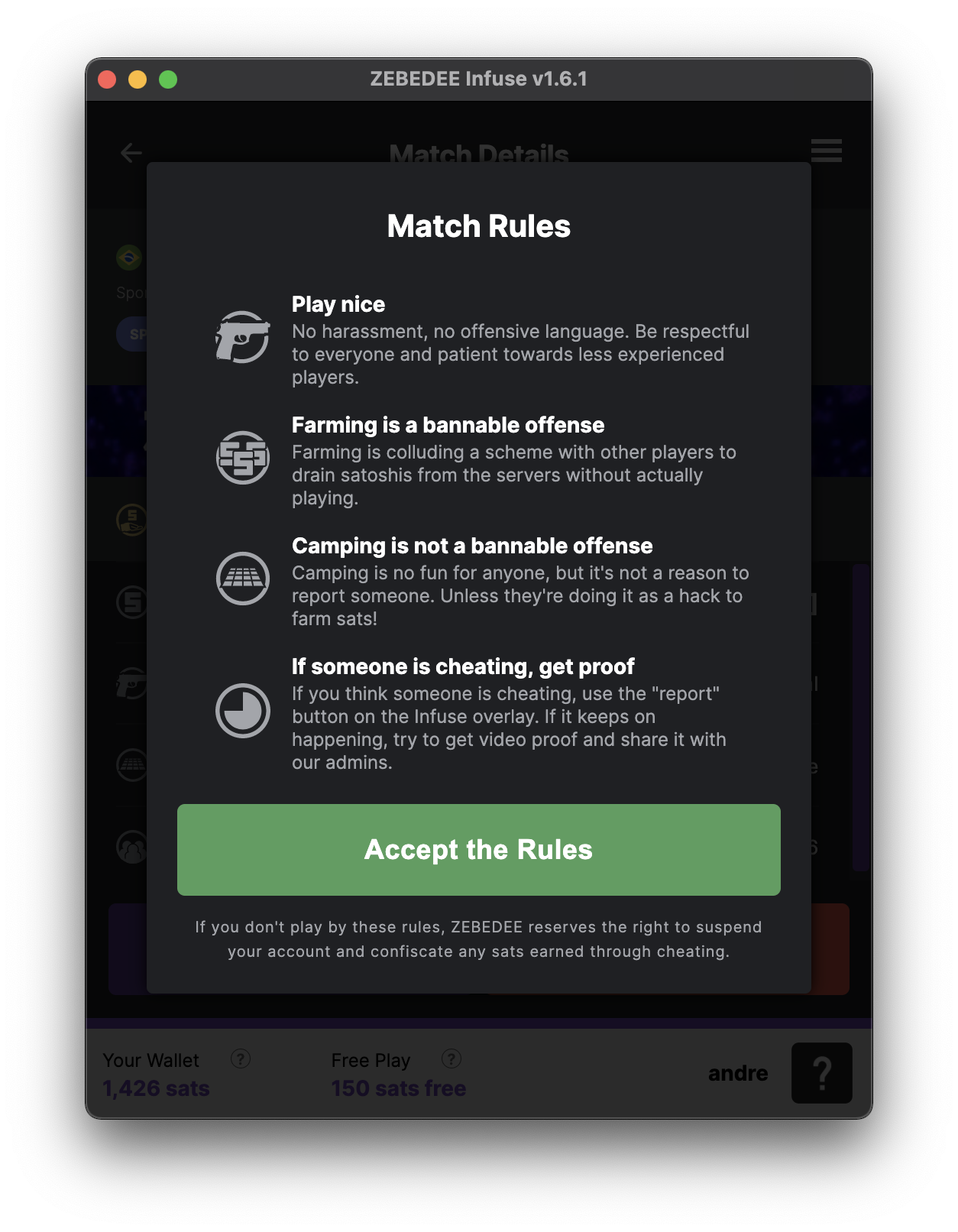 One of our aims is to foster a great community of like-minded gamers that enjoy the future of gaming powered by Bitcoin. With that in mind we've just rolled out a detailed Server Rules modal that gamers will have to accept before entering a server. This should help further explain the specific rules that you must follow in each of the many game modes Infuse CSGO has support for. It also allows CSGO Mods to hold gamers accountable as they've agreed to the rules. Anyone that is caught farming sats or cheating will get notified and kicked swiftly. 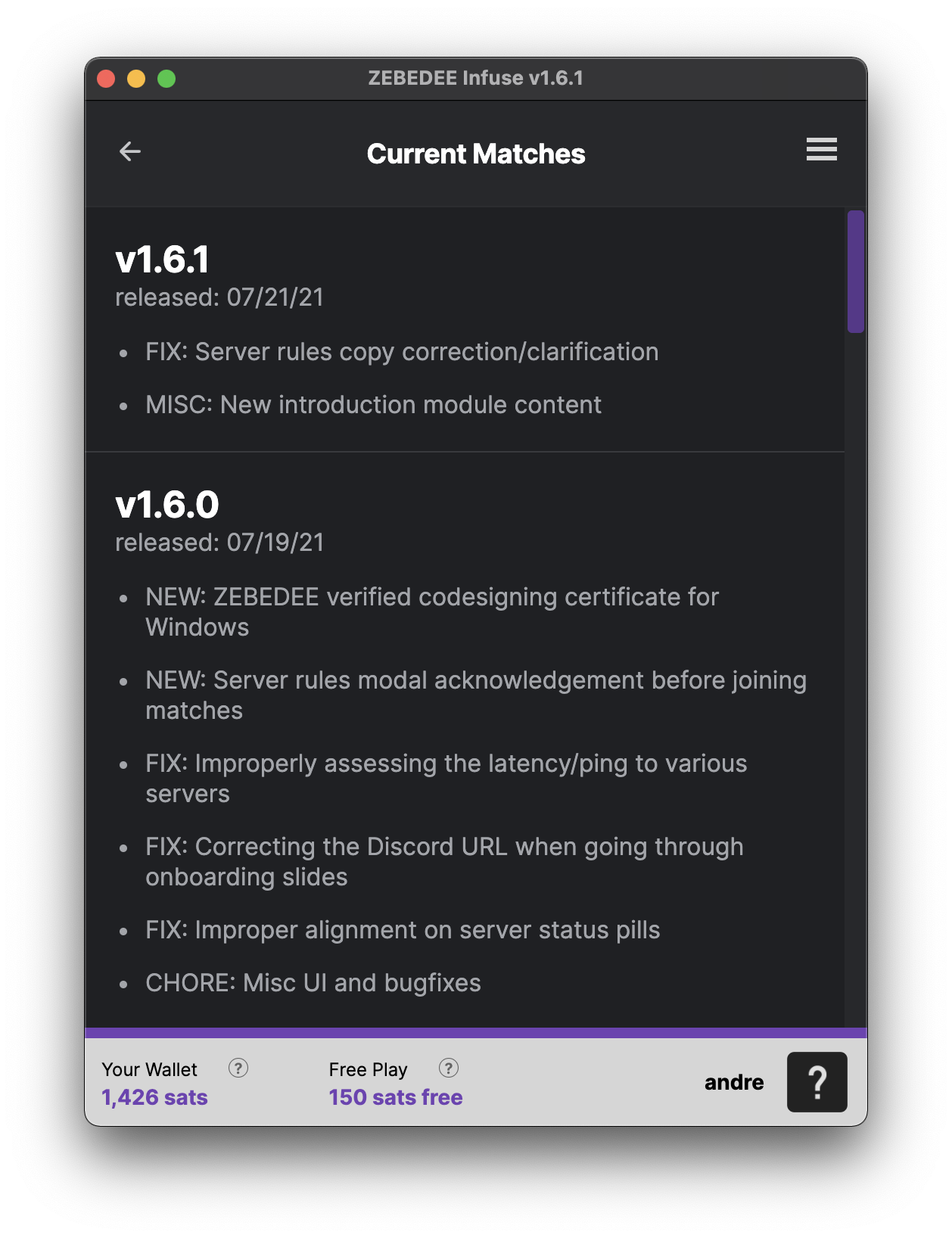 You can see the full changelog below. As you can see we also swiftly released a minor patch version v1.6.1 of Infuse that addressed some minor changes to the Server Rules and the Introduction modules.